Chances are pretty good you didn’t have your brain re-wired by nuns in third grade cursive like I did, but if that’s you, I want to hear from you.

I have taken several “are you left or right brain” quizzes over the years and it turns out I’m “middle brain” now which came as a result of being born left-hand dominant in a Catholic world. Catholics had stopped knuckle-rapping by the time I was 8 so how they did it, was to station my own personal nun-assistant by my desk for the period each day designed for cursive lessons.

I had been free to use my left hand until cursive for whatever reason but the nuns decided cursive is when I needed to switch over to the right side. A nun (Sister Sinister? Sister Gauche?) gently took the pen out of my hand to chide me. “Your handwriting will be very messy if you use that hand, use your right hand,” she said and picked the pen out of my left hand to swap it back. Wow, I wish my older-self could have stuck up for me back then but I knew no better. The nuns were brides of God and who was I to argue? I just wish I could go back and show them, “See, look how messy my handwriting is because you made me switch!” But all those nuns were old back then and I’m sure at this point they’ve all become relics.

I may have never known I was left-handed except my baby book says so. “Mom, it says I favor my left hand, when did I switch?” She didn’t know. It was up to me to figure out that it was Catholic school where I had been fandoogled.

I am no brain expert and so some of the things I perceive as a result of messing with my brain may or may not be correct. I have trouble remembering which hand is left and which is right. This doesn’t normally cause trouble. I can look at my hands and figure it out under normal circumstances, but I get confused under pressure. This has caused bike accidents when people have yelled at me, “GO LEFT! GO LEFT! NO, YOUR OTHER LEFT!” and I go the wrong way and cause a pileup.

I also think that changing hands gave me some discalculia. I sometimes have trouble reading written numbers. I sometimes see numbers as art or squiggles or as if they’re the mirror image of itself. I can be unsure if I’m seeing a 3 or an 8 or a 5. I found this out working for a bank while in college. My job was to process thousands of credit card disputes a day and by “process” I mean type in credit card numbers from bank slips manually. So If you’ve ever wondered who the idiot is who messed up your bank stuff… blame a nun. No, don’t blame a nun, but wonder why the banks don’t give out math tests to the kids they hire.

Michael D. made a comment: Being left handed is more than whether one uses one hand or the other to do things with, its a matter of cerebral wiring of that person’s thought processes. Thus a person forced to switch usually doesn’t rewire one’s thought processes but simply writes an internal adaptive program that tells him or her how to do that right handed procedure as a left handed process, which will usually slow them down in executing that right handed procedure. This is why lefties sometimes seem slow, or clumsy.

Now that’s interesting. So to believe that, I didn’t really re-wire anything, just learned to cope. In some ways, things I didn’t have to switch, I enjoy the full faculty of left-handed skill. To this day I catch lefty even if you throw a rock at my right ear, I’ll reach out and catch it with my left hand. I play musical instruments lefty including the bass guitar and the accordion. I also am left-eye dominant, so the times you catch me with a gun in my hand, I’m squinting lefty. Not everything was changed when I was forced to adapt to a majority-right society.

I have thought about going back and trying to write lefty again. It doesn’t really appeal to me too much. I am where I am today because I use my brain the way I do and I kinda like where I am, so you probably won’t see me writing lefty too soon. I have though, thought of drawing lefty again from time to time and may play around with that. But for now I’m just a beautiful mixed up middle brain trying to draw from the best of whatever my brain has to offer on this short ride to infinity.

Watch the dancer to see which way she spins. Can you see both?
http://www.perthnow.com.au/fun-games/left-brain-vs-right-brain/story-e6frg46u-1111114517613?from=mostpop

Here is a site about teaching and the sides of the brain
They have a simple quiz at the bottom of the page and some good info:
http://www2.scholastic.com/browse/article.jsp?id=3629

Preferences of the Two Sides of the Brain

Description of the Right-Hemisphere Functions
Alerts us to novelty; tells us when someone is lying or making a joke
Specializes in understanding the whole picture
Specializes in music, art, visual-spatial and/or visual-motor activities
Helps us form mental images when we read and/or converse
Responsible for intuitive and emotional responses.
Helps us to form and maintain relationships
Posted in brain function | 1 Comment

There are so many good blogs out there, and who knows if this will be one or not. But I wanted a place to post photos and journal so it has to start someplace, so taa-daa.

I’m a freelance worker bee. Will work for cash, 1099 me l8r, please pay net 30. The work I will perform today is at an AM talk news station. I will produce a talented writer who also has a talk show. I am filling in for the nicest professional producer who is on medical leave.

While I’m glad to get hours and experience behind the mic I wish more than everything that my friend gets well. He had successful cancer surgery but now is having a tough time healing. Fight, dude, fight.

The oil slick has me concerned but it is just the tip of the meteor storm as disasters go. Have you seen what Shell is doing in Africa? my friend blogged it:

As the producer it is my job to run the technical end of things so the talent can talk. Sometimes we get water, so I joked we’re the fluffer for the talent. The host blushed. I forgot from using it so often at D.P.W. that it means something else to the rest of society.

I would argue that a producer is still one kind of fluffer, just not the dick-sucking kind. But if that’s what I made people think of, by saying I’m a fluffer then good on ya. I’m grateful to do at least one dumb thing a day as it means I’m still breathing. Life is rich and it’s grand to be here. 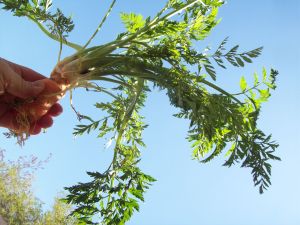